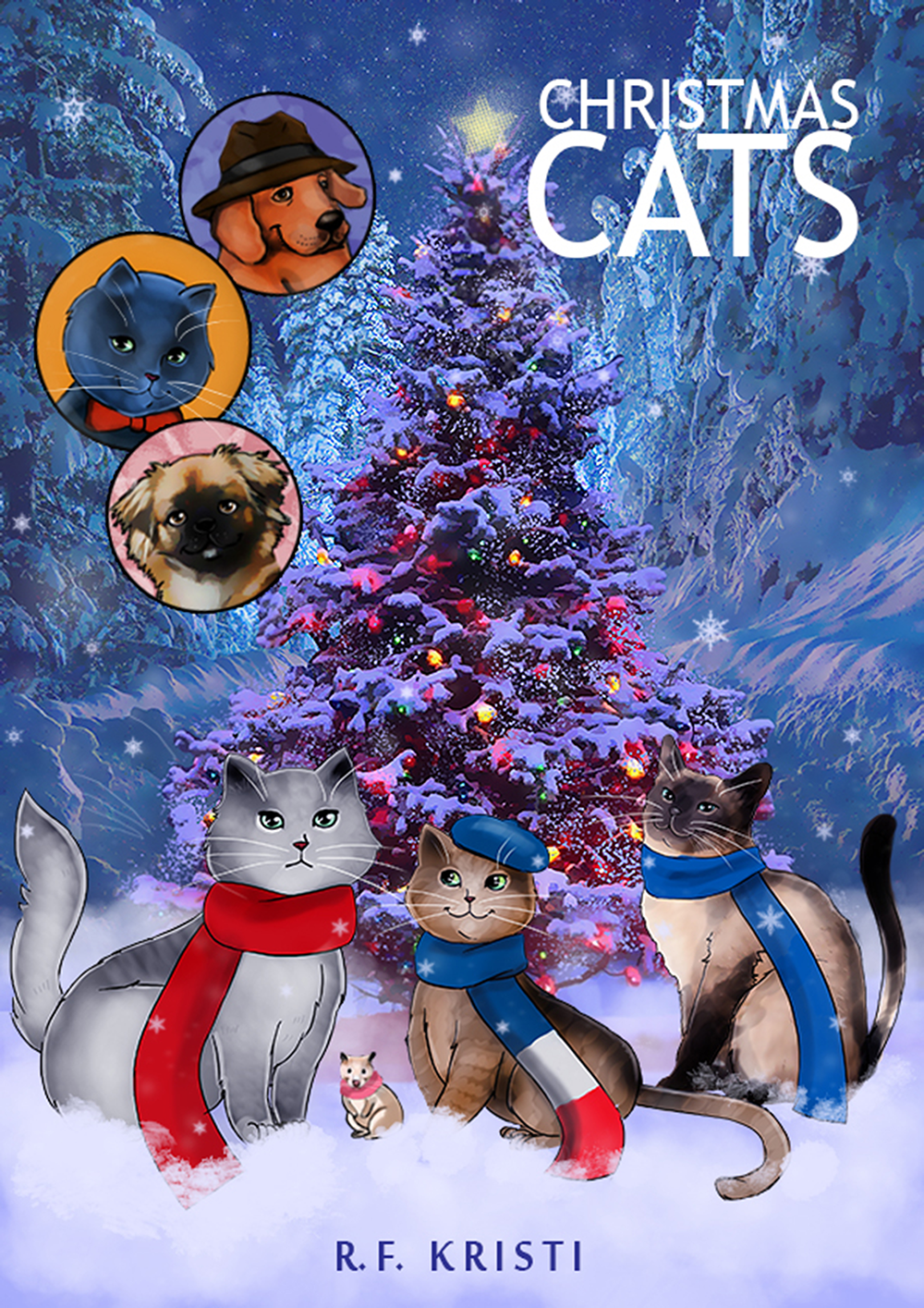 I was all agog at finding out what Terrance was up to now. Since our arrival in London from Paris in June of this year, we had already been involved in an exciting adventure concerning our Pekinese friend Polo whose beloved mistress Señora had her valuable diamond necklace stolen. The outcome had been http://premier-pharmacy.com/product-category/anti-anxiety/ very surprising but fruitful despite the anxiety of Fromage’s disappearance and the discovery of the necklace in a very odd place.

I had been smitten by the detective bug, and longed to be involved in another case, dreaming of becoming a famous detective myself.

Polo was owned by Señora Conchita Consoles commonly known as the Señora, a well-known retired opera singer. The Señora had lost her husband Raoul on a mountaineering trip to the Himalayas while climbing Mount Everest, and for a very long time had been inconsolable until we came on the scene. She was slowly recovering from the loss of Raoul but still extremely fragile.

Missy was working away on her laptop computer, sitting cross-legged on the comfy sofa. Cara and Fromage were hogging the little mat in front of the fireplace, with Charlotte settled comfortably on Fromage’s winter woolen scarf.

I surveyed my family and stretched long and yawned widely on the back of the sofa behind Missy. This was my preferred position as head honcho of the Inca kingdom. I also liked to read what Missy was typing away on the computer. In the evenings, she would write out the day’s sales and happenings about the family cheese business. I always liked to keep an eye on how our business was going. 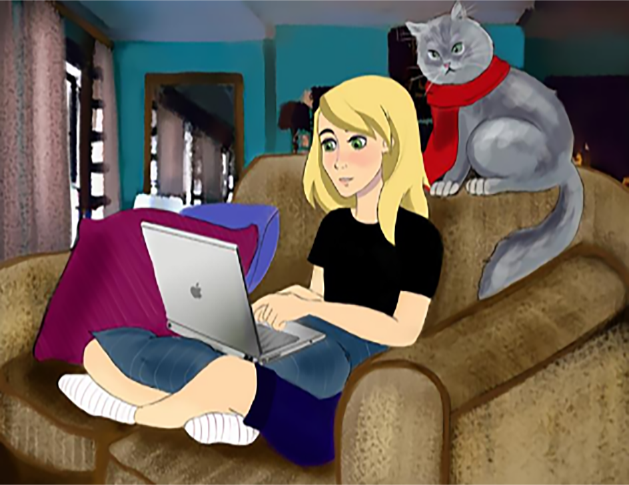 I stretched lazily, gently stirring from my comfortable stance and delicately washed my face.

Missy had lit up the fireplace and the wood was crackling in the old furnace. The cottage was warm and cozy. It was a typical evening in the Inca household, comprising my Siamese sis Cara, my Tabby bro Fromage, Charlotte our adopted hamster and Missy the young humanoid we jointly own.

I sat very still as a strange sensation came over me and I had a feeling that we were being watched.

Not wanting to disturb the others, I cautiously peered out of the window but there was nothing there but darkness with certain paleness from the large luminous moon overhead.

I circled around on the same spot and settled down again with my face turned towards the window, just in case. Right after my eyes started to close, I saw a shadow moving and caught the sight of a face watching me intently. It dawned on me that the portly figure in the window, appearing and disappearing, was the face of our friend Monk.

Monk is a Blue Russian with long slim legs and large golden-green eyes. He is rather handsome and sleek if you go in for the portly type. Monk is rather large and has an imposing figure. Monk lived next door to us in the manor with Solo, a world-famous detective, his manservant Hobbs, and Terrance, a big dog, best friend to Monk and a great doggy detective himself.

I slowly got up so as not to disturb the others and leapt out of the window and joined Monk under the thick shrub separating our cottage from the spacious garden in front of the mansion.

‘What’s up Monk?’ I whispered. ‘Is everything alright?’ Monk said in his slow measured meow. ‘You folks have to come over tonight. Terrance has some important news for us’. I promised him that indeed we would, as soon as Missy fell asleep. I hurried back to the others to break the news.

Terrance is a golden retriever, a powerful dog with long golden hair. He is very intelligent having helped Solo in solving many cases.

He usually went everywhere with Solo and Hobbs and was actually adopted by Hobbs. Solo had sent Terrance to a renowned training school for dogs. He was not disappointed as Terrance had topped his class at the Canine Search and Rescue academy and was a valuable partner in the detective agency headed by Solo. 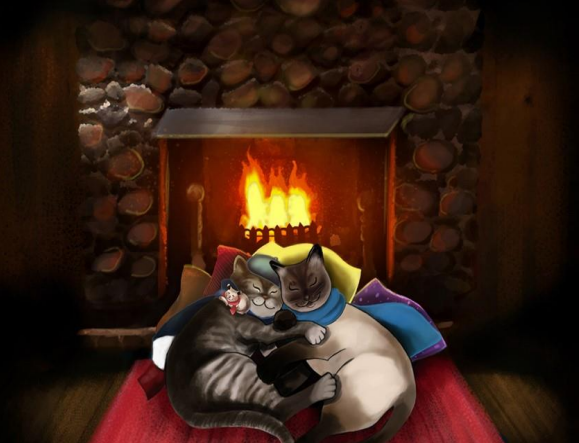 It was only six months ago that we arrived from France, crossing the channel to England to set up our French cheese shop and restaurant.

The cheese shop is situated in the heart of Kensington modeled on our successful cheese shop in Paris. So far the business was going well. It was named after Fromage, who was the shop’s mascot.

Fromage is a cheese devotee. He considers himself a cheese expert in every sense. He strongly believes that our cheese business is a triumph mainly because of him. True or not, Cara and I are grateful that our diminutive brother takes so much pride in assisting Missy with our cheese enterprise.

The weather had changed from the warm summer days, and we were spending the first days of December in our new cottage. The weather had quickly turned cold, but our little cottage was nice and heated the way we kitty cats like it.

Suddenly Missy’s Skype started ringing a melodious tune and Aunt Florence’s smiling face appeared on the screen when Missy responded to the call. I didn’t move but my ears twitched to attention as the conversation revolved about plans for celebrating Christmas. She was coming to London for Christmas. Wonderful news! She spoiled me to bits and gave me lots of attention. 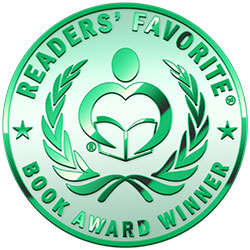