Read the hilarious and breathtaking antics of Inca and her family of furry friends as recorded through the eyes of Inca a Siberian Kitty. Inca decides to start a Diary! A heart-pounding saga unfolds as she keeps the reader thrilled recording her detective exploits.

When Inca and family move to London from Paris, they make a whole new set of friends, including Monk, a Blue Russian cat and Terrence, a Golden Retriever who ably and bravely assists his world-famous detective owner, Solo. Inspired by the adventures of her new friends, Inca sets herself the task of becoming the world’s best cat detective and begins to keep a diary of her exploits.

When Monk arrives one evening, with news of a meeting to take place later that night, Inca is excited and can’t wait to attend. She is told of a perilous journey that must be undertaken by Solo and Terrence, who are to travel to the Himalayas, to search for the missing Raoul, a friend who had failed to return from an expedition.

The departure of Terrence means that Inca can take on her first proper job; the baffling incident of Mr. Finchley’s missing will. But does the young cat have what it takes to crack the case and save the tormented and ferocious Rottweiler – Boss? And can she do it without the help of the wily old Retriever? 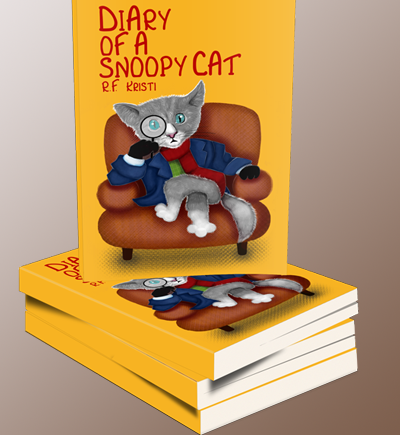