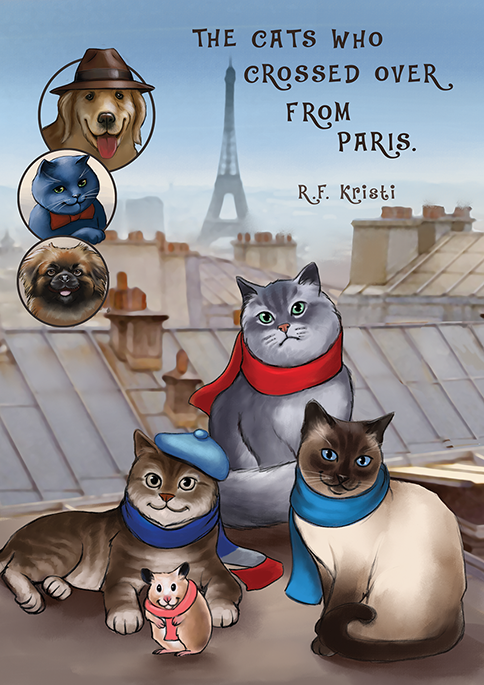 This was news to me and I thought it was best to read the mail on Missy’s table to get more information before alerting the others. There were letters and pictures she had been so engrossed in after coming in from work ignoring “Dr. House” on the box, the television series the household concentrated on most evenings. “Dr. House” is my favorite television series, the one I watch with avid interest while we lounge around in the evening after Missy gets home from work.

Missy’s friends and Monsieur Chevalier left after enjoying their brunch and talking about the move. Monsieur Chevalier promised to get back with a quotation very soon. After they had left, Missy planted a kiss on my head, eyed Fromage and told him, “No more cheese, young man!” She gave a tickle to Cara and ran for the door, saying “I will see you gals in the evening; Inca, you are in charge until I get back.” Missy has a habit of calling Cara and me ‘gals’ and so Fromage has got in to the habit of calling us ‘gals’ too.

I took a leisurely walk to the dining http://www.buyambienmed.com table, making sure not to look agitated, and took a peek at the letter lying on top. Yep, we were indeed moving! It was a letter from Missy’s aunt in London, Aunt Florence. Missy had decided to move to London. Since I was well aware that Missy would never leave us behind, we were moving as well.

There were several photos of Aunt Florence’s residence in London from various angles. There were different rooms and corners of her charming cottage that I decided to concentrate on later, after I had alerted the others.

I said to Fromage and Cara, “Stop fidgeting and get over here, I have news for you. We are moving! We are leaving Paris!”

As I anticipated, they stopped in their tracks and raced towards me, skidding on the polished parquet floor and stumbling over each other.

‘QUOI?’ said Fromage with an alarmed look on his face, his whiskers twitching. “Leaving Paris, but I can’t do that. I am a true Puurrrisian, what about my French cheese? What about my visits to my cheese shop on Avenue de la Bourdonnais?” he cried, tapping his beret in place; an automatic reaction that I had noted whenever he gets excited. 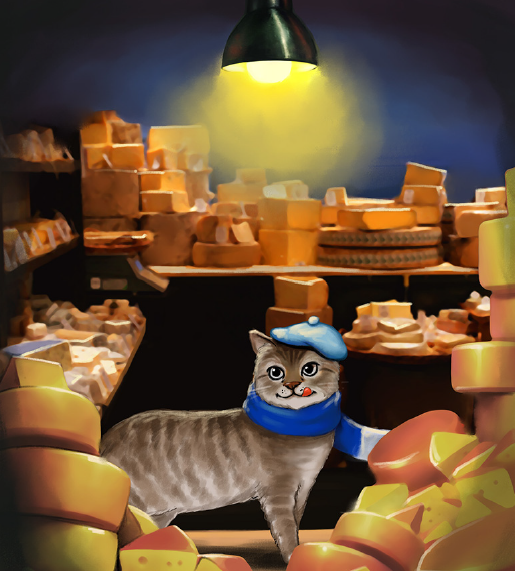 Major changes in life occur when you least expect them.

It all started one sunny and glorious morning in our chic but compact apartment in the 7th district of Paris. The sky was blue and our comfortable apartment, which overlooks the river Seine, was basking in the white clouds. This first day in the month of June was bright and twinkling, and in thousands of apartments across Paris the warmth of the June sun refused to budge, making the temperature as hot as a fully heated baking oven.

The fur balls in our apartment were in their seventh heaven with pleasure at the warmth of the sun. Quel Bonheur!

I was, as usual, sitting on the back of the sofa of Missy with one paw delicately poised and hanging down to her shoulder while she served croissants, baguettes, cheese and tea to our visitors. Missy had laid out a splendid spread for our guests on the small round dining table; an enticing brunch.

The scenario never changed whenever we had guests. Missy was her usual chatty and hospitable self while I took a backseat, beautifully poised with the posture I maintain for the customary compliments on my looks. My brother, Fromage, was eagerly eyeing the breakfast tray full of goodies and wondering if he would get a morsel of cheese from Missy. Cara, my sister, was lying on her back at Missy’s feet, gently touching her with her paws trying to get the attention that usually comes my way!

Oh well! All was as it normally is in the Missy and puss household!

My ears pricked up as Missy started telling the guests, her good friends Genevieve, Jacques and a strange man I had never met before that she addressed as Monsieur Chevalier, that “No, we will not be taking all the furniture but a few nice pieces that I have collected in Paris. We will be moving to a furnished cottage.”

My ears twitched in the direction of Missy as I moved from an elegant lounging position to sitting up with wide-eyed attention. I sat up and listened with interest, pretending to be absorbed by the flowers on the ivory-gray Persian rug on the polished parquet floors while they continued their discussion. By putting two and two together, I managed to get the whole story more or less correct. ‘Quoi’ we were moving? What was going on? Alarm bells started ringing in my head! 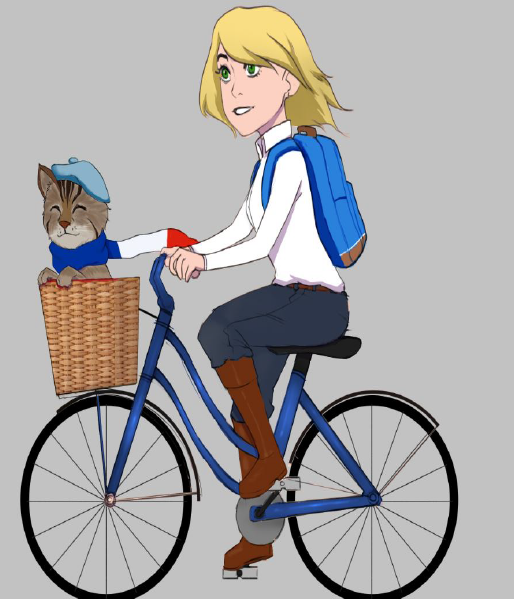 His cheese shop….? Honestly, I thought. Missy, Genevieve and Jacques own a small but fabulous little cheese shop on Avenue de la Bourdonnais in the 7th district of Paris, not far from our apartment. They bought the shop from Monsieur Lepayre when he retired.

It is true, Fromage was actually born in the cellar of that shop before the owner, Monsieur Lepayre, sold it and moved to the countryside with Fromage’s mum and dad. It is also true that Fromage visits his old home often with Missy, perched on the cat carriage of her bicycle. He sometimes spends the whole day in the shop where he has his paraphernalia set up in the basement, his birthplace. He wonders around the shop happily, examining the new cheeses and inhaling the aromas of the different types of French cheese. He also enjoys getting titbits from Genevieve, who could never resist his longing, large brown eyes.

Monsieur Lepayre’s cheese shop was reputed to be one of the finest in Paris. Monsieur Lepayre had available a wide and varied selection of French cheeses. Giving recommendations on the type of cheese to have with lunch or dinner was his specialty and Jacques, when he became co-owner of the shop, had every intention of carrying on this tradition. Customers would spend their time selecting their cheese and there was never any hurry once they entered the shop. Fromage would listen and learn from Monsieur Lepayre, as had his dad and mom. The scent of cheese and the atmosphere added to the reputation of the shop that Fromage considered his own enterprise.

Cara looked bewildered. “Mummy…. I mean Missy,” said Cara with an apologetic look at me. “Missy is coming too, right? You know I cannot leave her behind, Inca. I never could, though you have explained to me several times that as a Siamese Seal Point, with my ancestry from the royal palaces of Thailand, I should behave more like a noble cat.’

I sighed; one would think that I would leave Missy behind for a minute. The problem with Cara is that she came home to us, meaning Missy and I, when she was just two months old.